Wooden cargo boats from the 40s and 50s


The initial extraction of river gravel was carried out primitively by wooden boats. In 1953 The Union of The Boatmen – Dredge Operators of Silistra was established after the liberation of Bulgaria from Romanian domination. A little later unorganized fishermen and boatmen have founded Cooperative ‘Ukrasa’ which still carries out extract operations. 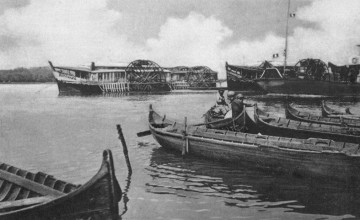 The Ship ‘Tsibar’ which was on dredging


In 1957 The Cooperative ‘Ukrasa’ entered with its cooperative members and equipment (motorized boats and dredger "Bouquet") into industrial enterprise ‘Kamashit’ which needed river transport for the production of mats for construction works, as the extraction of inert materials, cane and river transport were united in an activity common for the industrial enterprise . 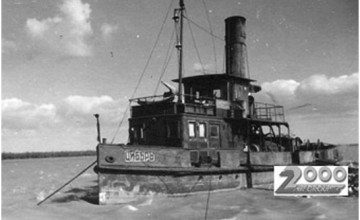 
In 1963 the dredging in Bulgarian River Shipping Company was terminated. A state company ‘Danube Dredging Fleet’ was established in The City of Ruse which combined the existing dredging operations in DIP ‘Kamashit’ -Silistra, the industrial enterprises in Vidin, Svishtov and Oryahovo and industrial enterprise ‘Transmariska’ -Tutrakan and State Industrial Enterprise ‘Building Materials ‘- Pleven - Belene Basis. 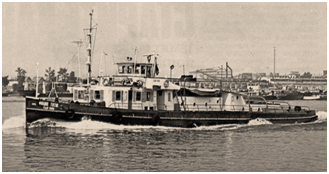 
This picture shows motor ship ‘Lyulin’ in 1965. The dredger ‘Struma’ is anchored on the polygon for ballast extraction in port Silistra. 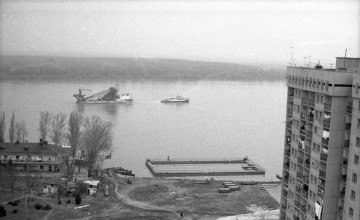 Dredger ‘Volga’ in the late 60s 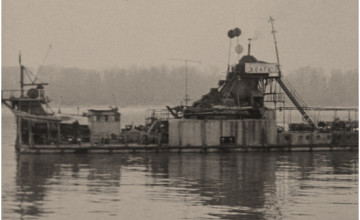 
This picture shows the autonomous part of Port Silistra for unloading and shipment of river gravel. The administrative, the sale and the repair activities of ‘Danube Dredging Fleet’ - The Region of Silistra were carried out in the port area. 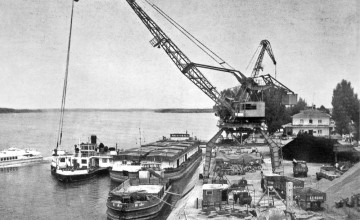 
For the construction works of the modern dredger Dnepr in Kiev, the mechanic from Silistra Rashko Rashkov has taken a very important role. This automated and modernized floating technical equipment is still in the assets of Polaris 8 Ltd. and it is one of the most capacitive dredgers on the Danube river. 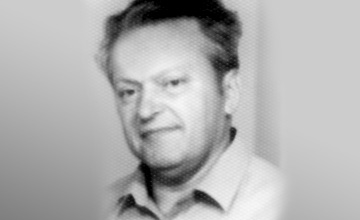 The construction of Crushing-Washing-Sorting System


On the provided in 1966 terrain of ‘Forest Fund’ began the design and later the construction of infrastructure for port, screening plant, warehouses, repair station and railway section. 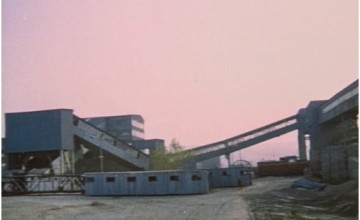 Yordan Slavov on the fore-bridge of dredger ‘Arda’ 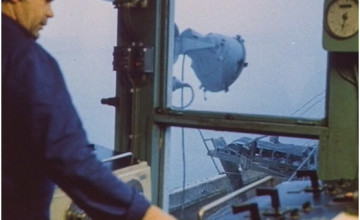 Aboard the motor ship ‘Tsar Kaloyan’


In 1982 into operation entered the modern pusher craft ‘Tsar Kaloyan’ newly built in Burgas Shipyard. The captains Rashkov and Gadzhalov and the helmsman Mumdzhiev were aboard the ‘Tsar Kaloyan’. 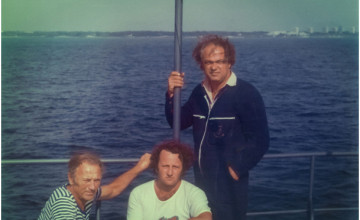 
The first captain in charge of motor ship ‘Tsar Kaloyan’ was captain Kostadin Pavlov, who as a mentor trained dozens of captains and helmsmen. Through this ship it was totally passed to the new modern river-transport technology of ‘pushing’. 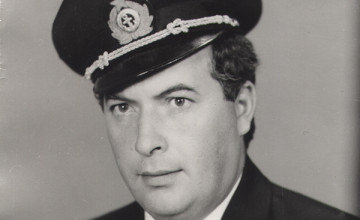 The Joint Bulgarian-Soviet Crew of The Dredger ‘Kuban’


In the 80s the ‘Danube Dredging Fleet’ of The Region of Silistra was the undisputed leader in the system of DSO ‘Inert Materials’ , as on quantitative as well as on qualitative indicators. The specialists and the technology of Silistra set a record of 1 million cubic meter annually and participated in the extension of the nuclear power plant ‘Kozloduy’ and in a joint Bulgarian-Soviet Project with dredger ‘Kuban’, and were authors of dozens of technical and technological innovations. 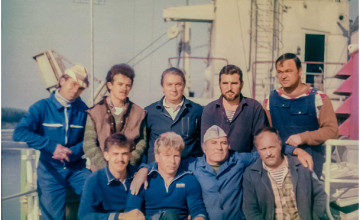 Port ‘Danube Dredging Fleet’ – The Region of Silistra in 1990.


After the political and economic changes in Bulgaria in 1989 on the basis of The Law of De-monopolization of The State Enterprises’ the chief of the ‘Danube Dredging Fleet’ - Silistra - Krasimir Rashkov made the necessary representations to The Ministry of The Construction for the transformation of the enterprise as an independent one. 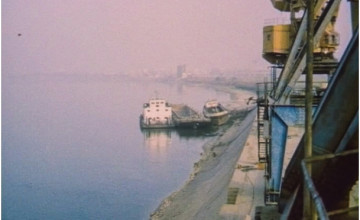 
Within the period 1992 – 1995 the managing body and the workers in Polaris Ltd. gained experience and confidence and established the company Polaris 8 Ltd. through which they competed to purchase the state-owned company. After winning the competition a contract was signed for privatization of 100% of the shares of the state. 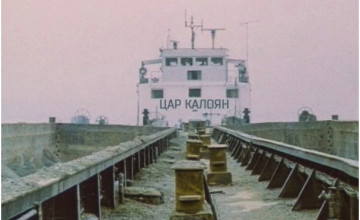 
Within the period 1996 - 2000 Polaris 8 Ltd. along with its core business – extraction and processing of inert materials, developed the activity ‘River Transport’. It developed the markets for the transport of coal from Ukraine and logs from Romania. In this business The Company significantly increased its financial results in 2000 and completely fulfilled the financial, the investment and the social conditions of the privatization contract. 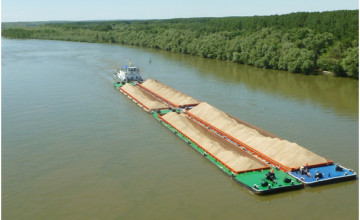 
Although the performance of the investment program of the privatization contract within the period 2000 – 2006 Polaris 8 Ltd does not stop investing. The changed economic relations and the entering on the foreign markets required serious investment. During that period a second pusher was purchased and the port infrastructure was improved. Machinery was replaced , screening plants, workshops, warehouses, weighing machines and the administrative part were modernized. 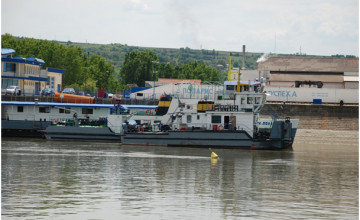 Motor ship ‘Silistra’ with two sections of coal from Ukraine


After Bulgaria has joined the EU in 2007 Polaris 8 Ltd. has faced new requirements with which the company has coped well. Updated are all ships according to the European Directives on Safety, Security and Environmental Friendliness. Developed and implemented are systems for quality managing, safety, environment and port security.. 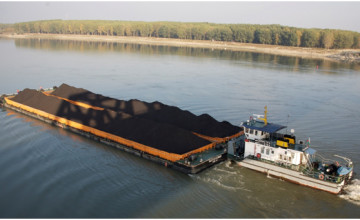 
The power operated screening plants, portal cranes and the dredger ‘Dnepr ‘ are equipped with inverter control. The world financial - economic crisis in 2008-2009 did not spared Polaris 8 Ltd. After the crisis The Company has kept its main markets for inert materials and river transport and. It has invested in training new staff to deal with the automation and the digitization of technological equipment.


Today The Company has significantly rejuvenated and qualified personnel. It has also new work technologies and production management, marketing and accounting, advanced technical and technological means. 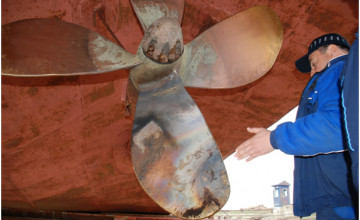